Former British Chancellor Philip Hammond has proposed a solution to the Brexit impasse which would involve the creation of a Common Customs Area between the UK and the European Union. 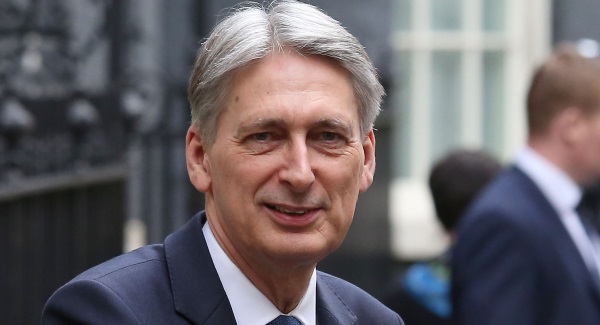 That would mean a zero tariff deal between the EU and the UK, he told RTÉ radio’s News at One.

The UK would have to accept the Northern Ireland backstop, he said, and then put in place a bilateral agreement to keep the UK aligned with the EU which would allow the UK to trade freely with the EU.

“This would protect the UK economy and there would be no hard barriers in the Irish Sea.”

“It doesn’t make sense to be driven by access to third countries,” he said.

There is a blame going on, on all sides.

Being part of a Common Customs Area with the EU would mean a common tariff regime so there would be no need for a border between Northern Ireland and the Republic.

Earlier on London radio station LBC, Mr Hammond said: “The only way to resolve this situation in a way that heals this country where we are so divided is a compromise deal. It’s clear that the deal that the government has put on the table is not going to fly.

“We have to recognise that the Europeans’ principle concern is around Ireland, so there will have to be a backstop in Northern Ireland.”

Mr Hammond told RTÉ that he still believed a deal was “doable”. He added that he thinks Prime Minister Boris Johnson will seek an extension from the EU and will receive it. That will give parliament a chance, he said.

“There are a lot of discussions going on in parliament,” he said.

The former Chancellor also lamented the fractures within the Conservative party saying it was “very disappointing” that the party had turned away members who did not agree with the new Prime Minister.

“There is a blame going on, on all sides,” he said

The EuroMillions results are in…

Property sector set to be profoundly affected by Covid crisis