OPW urged to buy Tubbercurry property as new garda base

A south Sligo councillor wants the OPW to acquire a vacant building formerly used as government offices as a new base for Tubbercurry Garda Station. 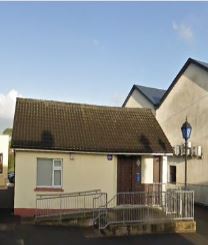 The existing garda station in Tubbercurry has been described as “not fit for the modern day needs of An Garda Siochana”.

A campaign to have the current garda station in the town replaced has been ongoing for several years now.

Local elected representatives have described the premises as “not fit for the modern day needs of An Garda Siochana” but no commitment to secure alternative accommodation has been forthcoming to date.

Local Cllr Dara Mulvey is now highlighting the fact that a building that was formerly occupied by the OPW itself is currently for sale and is calling for the instigation of meaningful negotiations to acquire that property as a new base for An Garda Siochana in the town.

“This is a unique opportunity to put in place a garda station that is fit for purpose to serve the south Sligo community,” Cllr Mulvey told the Western People.

He revealed that he has written to both Minister for Justice and Equality Charlie Flanagan T.D. and the Minister with responsibility for the OPW, Mr Kevin Boxer Moran TD(who deals directly with site accessions of buildings for the state), requesting that the vacant building be acquired.