Geesala has the honour of hosting the national convention of the Irish Athletic Boxing Association on the weekend of October 5 and 6 next. 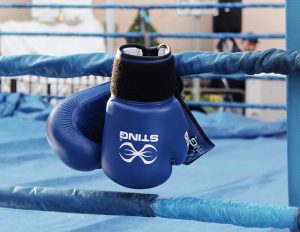 Geesala Boxing Club hosts the national convention of the IABA on the weekend of October 5 and 6 next.

It’s a timely coup for Geesala Boxing Club which is this year marking the 40th anniversary of its foundation.

The convention will be held in the Broadhaven Bay Hotel in Belmullet and will attract delegates from all over Ireland who will no doubt be impressed by the famed culture and hospitality of the Erris region.

Guests and delegates will be formally welcomed on Saturday, October 5 with a night of music and song, reflecting all that the Erris region has to offer.

This event is free and open to the public and will afford a wonderful opportunity for those attending to chat and mingle and enjoy some great live entertainment which will include a group of traditional singers from around the country, said Geesala Boxing Club chairperson, Gerry Coyle.

The convention itself will commence at 11am on Sunday, October 6.