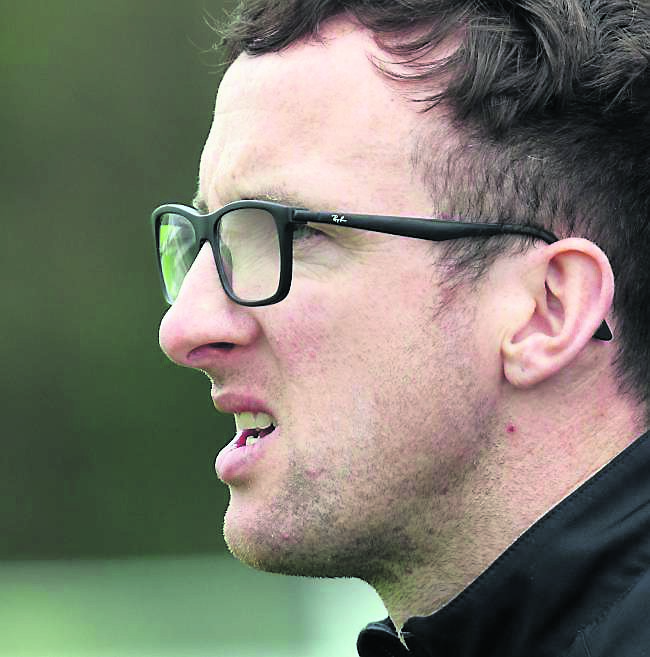 The Mayo League was supposed to have its very own ‘Super Sunday’ yesterday as the Super League title race entered its final furlong, with twists and turns aplenty on a dramatic afternoon of football.

However, Mother Nature can scupper the best-laid plans and just 19 minutes into the first half at United Park, referee Kevin Cox decided to call a halt to proceedings due to the amount of surface water on Westport’s ‘second’ pitch.

Upon entering the ground it was visible that the main pitch was unplayable, as there were amounts of surface water dotted across the playing surface. In fairness, the groundsman did his level best to clear away the water on the second pitch, but with no let-up in the incessant rain, Kevin Cox made the right call to abandon proceedings after 19 minutes. Both sides struggled to string two or three decent passes together during the 19 minutes of action, however, Westport did seem to adapt ever so slightly better to the almost monsoon-like conditions.

Afterward, Ballina Town manager Mick Duffy bemoaned the fact that a decision on the fixture wasn’t made in the morning.

“It is frustrating to have the match abandoned having made the journey to Westport this morning, and there was a lot of preparation undertaken this morning in Ballina ahead of the game. However, that is life and it happens in football sometimes. It would have been nice to have had the pitch inspected before we (Ballina Town) travelled.

“It is a shame that it was abandoned, as some of the pitch was in decent condition, but some parts of it were too bad and had too much water on the surface. Overall, Kevin and his team made the right decision.” Duffy explained that there were no complaints from his troops about the decision to abandon the match.

“There were no real complaints from the players that the game was abandoned, and they accepted the fact that the conditions were disrupting the game. There was no let-up in the rain, so overall it was the right decision to abandon the game.”

As for when this game may now take place, Duffy was in limbo and will have to wait on a decision from the Mayo League.

“I really don’t know when this game will be rescheduled. Thursday evening games are no longer an option due to the fading light in the autumn evenings. It is also difficult for players, with work, etc. It is just something that John Durkan and the Mayo League will have to organise over the coming days”.

Kerrigan ruled out from European U21 play-offs due to injury

North Mayo clubs raise over €7.5k from sleep out fundraiser