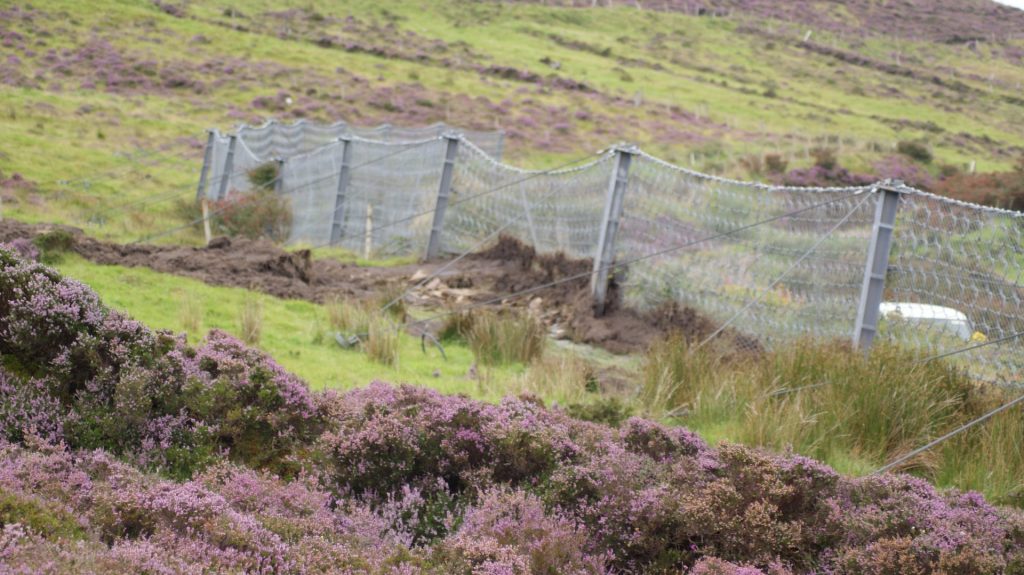 A view of the kinetic fencing installed by Mayo Co Council on Dooncarton Mountain in Pullathomas following the devastating landslides of 2003.

Mayo Co Council says its €1.5m investment in safety measures on the mountain following the devastating landslides of  September 2003 has paid off.

Heavy rainfall on Friday night, August 30 last did result in the first landslide on the mountain since 2003 but the incident was minimal thanks to the council’s investment in the erection of kinetic fencing there together with drainage works and the creation of berms to divert heavy water flow from high up on the mountain.

The council inspected the area following last week’s flood alerts and concluded that the safety measures had worked successfully.

Mr Walsh remarked: “While some of the more liquid elements were able to come through the fencing, it is designed to hold back the more solid elements which can cause significant damage.”