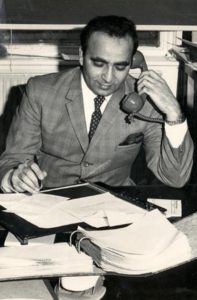 Many people living in a small village on the outskirts of Faisalabad in central Pakistan have dreams of visiting Ballyhaunis, according to Imran Rafique, the son of the late meat mogul Sher Mohammed Rafique.

“Ireland? They don’t know what that is, but they know Ballyhaunis,” he said. His father’s meat business put the Mayo town on the map. He added: “It gives me a great feeling of pride knowing that my small town — and I call Ballyhaunis my town — is known by so many people across the world.”

The businessman, who died in June aged 81, expanded his meat empire across the country, as well as into Britain to comprise 12 factories. In 1991, Mr Rafique’s United Meat Packers, a halal operation, was the second-largest meat processor in the country, exporting to Europe, the Middle East and North Africa, with an annual international turnover of approximately £450m.

Imran Rafique (48), who travelled from the US, where he now lives, to speak at a Ballyhaunis National Heritage Week event, said few people know the “interesting and colourful” life his father had before arriving in Ballyhaunis in 1974.

From humble beginnings in central Pakistan, Sher Rafique was sent to London at the age of 12 with just the suit on his back, one spare suit and six boiled eggs to eat on the journey, his son told a busy Ballyhaunis Community Hall during Heritage Week.

There he learned English and worked in a textile factory outside of school hours. He went on to study politics, philosophy and economics at the London School of Economics. Upon graduating he was recruited to work in the Pakistani Foreign Ministry. However, disillusioned by the level of corruption, Rafique returned to the UK to study a Masters degree.

In the 1960s, Sher Rafique rose through the ranks in London’s financial industry, becoming the Chief Financial Officer at mining conglomerate Lonrho.

“This was back when being a non-white person in finance was unheard of,” his son added.

But Sher Rafique “always had a goal” to build his own business empire, Imran said.

In 1974, the businessman travelled with his wife Begum and their children to the west of Ireland to purchase a small abattoir on Clare Road. He already had his sights on a potential export opportunity for halal meats to Kuwait.

Imran said he never discovered what it was about the small town that attracted his father, other than the abattoir.

“It’s funny, he basically knocked it down and completely rebuilt it anyway,” said Imran, adding: “While I don’t know fully why my father decided to come to Ballyhaunis, I know there were a lot of reasons why he chose to remain in Ballyhaunis.”

Imran said his father saw many similarities between his adopted town and his home country.

“As a colonised country, Ireland has a tendency to root for the underdog,” he said, adding: “He did not do this by himself. There were a lot of hardworking people who rolled up their sleeves and got it done.” 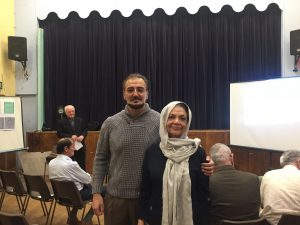 Ballyhaunis councillor John Cribbin remembered that “footfall quadrupled” in the town when the meat operation was in full swing.

“Ballyhaunis was, like so many other towns at the time, crying out for someone to employ people. It was clear he was a man with a business plan,” Mr Cribbin said.

Everything came crumbling down in January 1992 when £35million of frozen beef went up in flames in the cold room. The origin of the fire remains unknown, but it led to a cash flow crisis, and the company went into administration.

After 20 years living in the town, Sher Rafique and his family packed up and moved to Lockerbie, Scotland. While his company collapsed, Mr Rafique left behind a Mosque, which is perhaps his “proudest and most lasting legacy,” according to Imran.

When Sher Rafique’s funeral was held at the Ballyhaunis Mosque on June 18, hundreds of non-muslims came to pay their respects.

“I really cannot put into words what it felt like to be on the receiving end of that,” said Imran.

“I know he would feel his was a life worth living just based on the respect shown that day by the people here.”