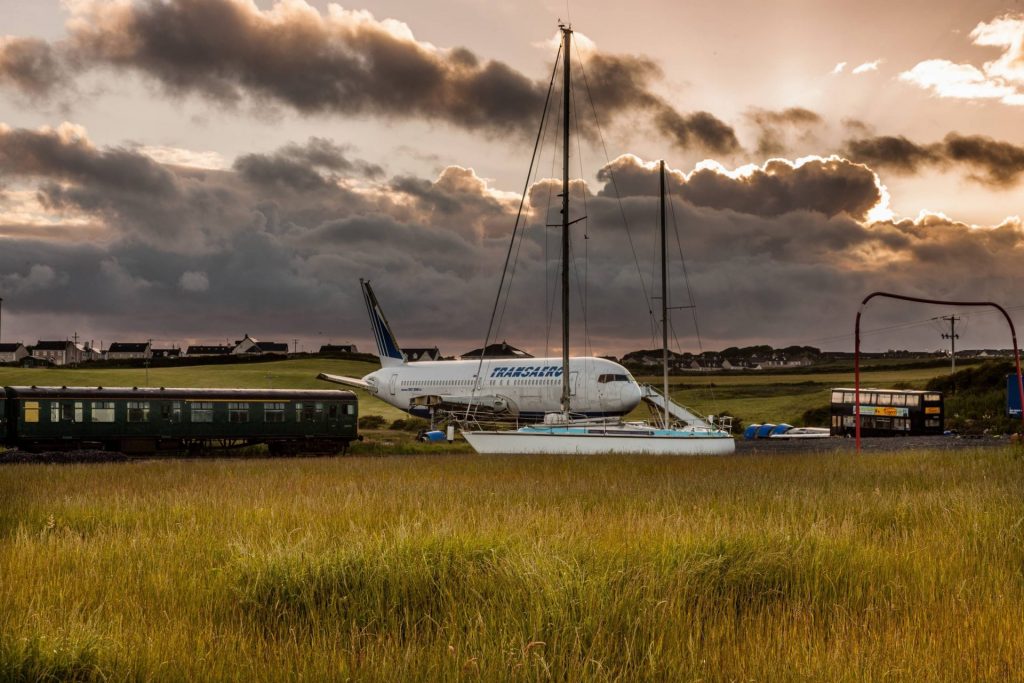 Renowned funeral director, David McGowan, says work could commence on an element of his famous Quirky Nights Glamping Park plan for Enniscrone within a month or two.

The Easkey native, who operates funeral homes in Ballina and Sligo, captured the world’s imagination and became the darling of the media when he went public with his idea to create a transport-themed glamping park with a Boeing 767 jet plane as its centrepiece. The ensuing adventure that saw David tow the plane up the Atlantic coast to Enniscrone in May 2016 went viral but things have been relatively quiet in the intervening years and locals are concerned about the stagnant state of the site.

Last Wednesday, David told the Western People that work is ongoing behind the scenes.

Earlier that morning he had met Scottish architects on-site and is hoping to work with them on the design and creation of accessible glamping pods.

Stressing that he wants guests at Quirky Nights to have a five-star experience and for the development to be completely accessible to people with disabilities, David is unapologetic about taking time to achieve a brilliantly designed development.

Read the full story in this week’s Western People. On sale now or available to purchase in digital formal by clicking the green e-paper button on our website home page www.westernpeople.ie.