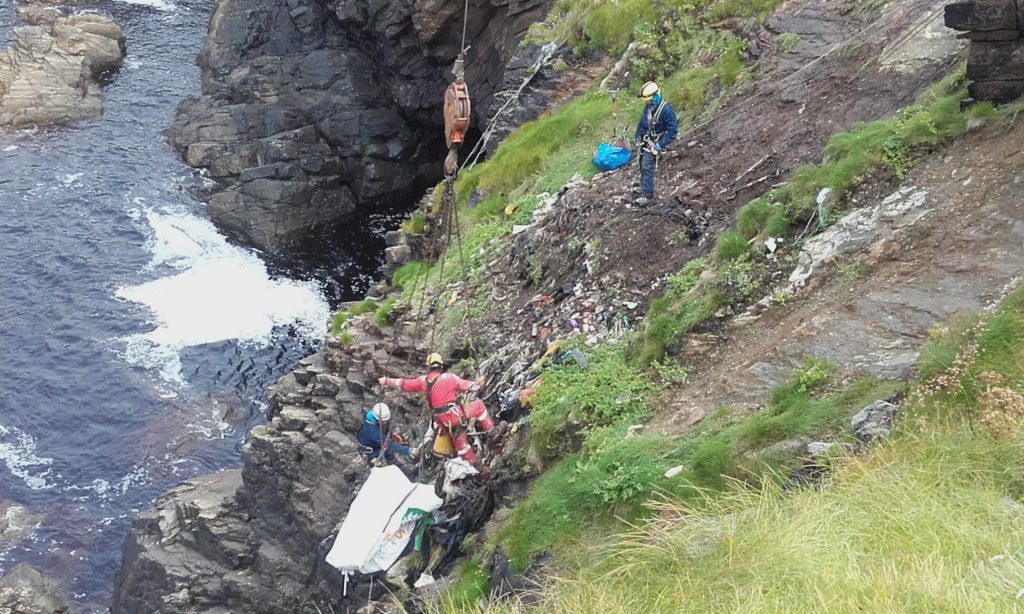 Mayo Co Council has just confirmed that the team of specialists hired to clean up the shocking incident of dumping on the Belmullet coast has completed its operations.

A team of rope access specialists have just completed a major clean up operation at the Dun na mBó cliffs near Belmullet.

Dublin-based company “Over The Ground Rope Access” was hired by Mayo Co Council to clear the shocking incident of dumping after it was reported by a passing kayaker and completed the three-day clean-up earlier today, Friday, August 30.

The local authority succeeded in securing funding for the hiring of the specialist clean up team under the National Anti-Dumping Initiative and council environmental officer, Sharon Cameron, says prosecutions for the offence will hopefully ensue.

“We are anxious to find out who is responsible for this reprehensible act and hope to find something in the waste which might point us towards a prosecution.

“Mayo County Council has been surveilling the area and permanent cameras are going to be put in place to prevent this from happening again.

“We would like to thank the person that reported this illegal dumping to us. It is disturbing to see this damage being done to our beautiful coastline but thankfully now it has been cleaned up and will remain that way,” she concluded.