Doctors are attempting to wean a great grandfather off a respirator after he was left fighting for his life following an unprovoked attack outside his home.

Paddy Hansard, 73, suffered serious head injuries and broken bones in his neck due to a horrific attack which took place at around 2.30am nine days ago at the Courtney Place flat complex in Ballybough, Dublin.

The highly respected family man, who has five adult children, along with four brothers and 11 sisters, was rushed to the nearby Mater Hospital by emergency services, where he remains in a critical but stable condition.

Gardaí continue to carry out house-to-house enquiries in Dublin’s north inner city following the attack and the vigil organised by a friend of Mr Hansard’s Lorraine Gavin.

A man in his 50s was arrested on Saturday and was questioned for a time by gardaí in Mountjoy. He was subsequently released without charge and a file is being prepared for the Director of Public Prosecutions (DPP).

Mr Hansard, who worked with three of his brothers in the construction trade as a scaffolder, has suffered three bleeds to his brain. Doctors have also taken the popular man out of an induced coma.

Speaking on behalf of Paddy’s entire family and partner June, who are continuing a beside rota to be close to him, his brother Paul revealed that he was the “last person who deserved to end up like this, (fighting for his life) as he, a long with the entire family are highly respected, hard-working and community people who care for one another.”

“Doctors carried out a scan on Paddy over the weekend and the three bleeds are still there. The medics were concerned that he was starting to develop infections so they performed a tracheostomy on his neck but he is still on a ventilator.

“They are hoping to transfer hm to a smaller machine to encourage Paddy to try to breathe on his own.

They are making attempts to wean him off the larger ventilator. His eyes are open, but there is no reaction as of yet.

“There is some movement on Paddy’s left-side so the next few days will tell a lot as to whether he can fully breathe on his own.”

Mr Hansard said that what happened to Paddy on the night is still vague. “Paddy was out having a drink, which he normally has in Clonliffe House, which has been his local for a number of years. He goes out on a Friday and Saturday night and has his own seat in the pub.

“There is no aggressiveness or controversy in his life and he doesn’t want to know about any of that. All he wants to be is happy and he loves where he has been living for the past 15 or so years.”

Mr Hansard revealed that his brother and his partner “left the pub around the 2am mark. As they were approaching, (where they live in Courtney Place) he was attacked. June was a little bit behind him as they were walking up the stairs. He was attacked and some person or persons beat him with a shovel. That’s what we think happened.”

Mr Hansard said that numerous family members got phone-calls to go up to the hospital as quickly as they could. “When we got there, we were told that two of the bleeds to his brain were small but the third was quite large.

“Thankfully those bleeds have now stopped. His condition hasn’t improved or dis-improved. It’s just the same.

He added, that reports that his older brother told a person to keep the sounds of noise down in the complex as “all hearsay”.

I’m 61-years-of-age and that’s how long I know Paddy. I’ve never, ever seen Paddy in a fight. If there any family misunderstandings, he always says, ‘I don’t want to know. You are all my brothers and sisters and I love you all. I’m with everybody and I’m not falling out with any of you’.

“The only time I disagree with Paddy is over soccer, he supports Manchester United and Liverpool are my team. Our brother Jimmy and Paddy are like chalk and cheese but they never ever disagreed on anything. I’m so proud of the two of them when they are together especially as they can be so different but yet so close.

“When at the hospital we keep chatting to him as the nurses have told us to do that, but we don’t know what he can hear. The doctors have told us that the brain can repair itself.

“As a family we are still very emotional and very angry because it happened to Paddy because he is just a wonderful human being. All of this (attack and rumours) are hurting us so much. His poor children are heartbroken and they look so lost.

“The family don’t want what’s happened to be sensationalised. None of the Hansard family have spoken to the public about this and won’t again. They just want the record to be put straight about the hard-working people we are which was engrained in us by our father Patrick and mother Ellen. 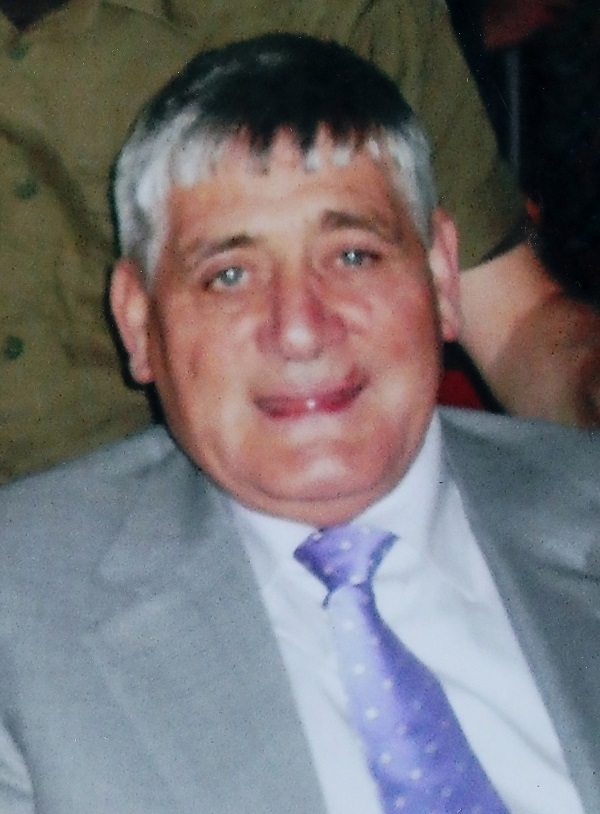 Mr Hansard explained how revered a man his brother is amongst the wider family. “My sisters just love him, he is the life and soul of the party. He never wants to go home from a night out as he wants the party to continue. Paddy loves us all and all the wider family love him.

“The rumours we are hearing are ripping us apart and they don’t know what stories true and what isn’t. This is causing so much heart-ache.

“But we are the ones who really know Paddy for the true person he is. We don’t know what way his is going to be after this. You read about (what happened) to some-one else but you don’t think it will call to your door.

“It’s just incredible what happened to Paddy. Our family don’t offend anyone, we don’t cause trouble and we respect people. The only time you would hear any of us is when we are laughing and dancing. How come this (attack) came to our door? But if it can come to our door, it can come to anyone’s.”

Mr Hansard vehemently urged for there to be no recrimination on any individual or individuals, as a result of what happened to his brother.

“No-one speaks for us legally other than the gardaí. We have absolute total faith in them to do their job. We hope that the person or persons involved in this are arrested, found guilty and appropriately sentenced.

“The gardaí have been so kind to us, have been respectful and we want them to be left to their jobs. Speculation is not helpful. We don’t know anything about a reported mask being searched for by officers.

“The only way that this (attack) will be resolved is through them. If you really want to help us and you have information please go to the gardaí or talk to councillor Christy Burke.

We are so thankful for the vigil to be held for him last Monday where he lived. There are beautiful people living there. Nobody asked them to hold that vigil they did it out of love for Paddy and for everyone else. Ballybough is a very strong community which looks out for one another.

“My God the way the nurses, doctors, all hospital staff are treating him and us is just wonderful. They treat us all with respect. It’s incredible the work they are doing given the fact they are under so much pressure. They are doing the best they can.

“The hospital will look after his health and the gardaí the justice side of things. Paddy’s health is not going to change for the foreseeable future.”

Mr Hansard has asked for privacy for his family over the coming weeks as they come to terms with what lies ahead for Paddy and them. He revealed that scores of people have contacted him asking can they donate money or organise fundraisers to help with medical costs.

“We are so thankful to them all for all the offers we have received, but at the moment, we would ask the public not to do that.

“We need to know how Paddy is going to be and maybe we will need to ask for help in the future but we have to wait and see what his prognosis is. What we would ask people to do is think of Paddy and say a prayer of any type for him.”

The family man revealed that since the attack just over a week ago, his life has changed so much. “Paddy gets up at 4.30am daily. We go for a walk every Tuesday and Thursday at 6.45am for an hour around Clontarf.

“He would always phone on Monday and Wednesday nights to ensure we were walking the next day despite the fact he knew that our habit was never going to change.

“Last Thursday I went on the walk on my own because Paddy is in a hospital bed. The walk was horrendous without him. Hopefully, he will be able to walk with me again.”

Close friend and former Lord Mayor of Dublin Christy Burke added that the outpouring of love nationwide for Paddy has been tremendous.

“I’ve received emails and phone-calls from all over the country, such as Cork, Cavan, Limerick, Galway and Drogheda, all sending their best wishes to the family. All over Dublin city people are stopping me in the street asking me how is ‘that decent man Paddy?’. That’s how high a regard he is held in.

“The vigil on Monday night was done by the community without having to be asked. It was like a Nelson Mandela moment. It was as if there was a spirituality in the air. There was no-one in conflict. Everyone was there for the right reason as a mark of respect towards the Hansards and indeed for Paddy.

“The whole respect that the entire country has for Paddy and the Hansards is wonderful and heartwarming. The family need dignity, respect and privacy to come to terms with what has happened. Justice has to be and will be served by the gardaí and through our courts.”

Investigating gardaí are appealing for witnesses to contact the incident room at Mountjoy Station. Anyone with information is asked to contact Mountjoy Garda Station on 01-6668601, the Garda Confidential Line 18000 666 111 or any Garda station.