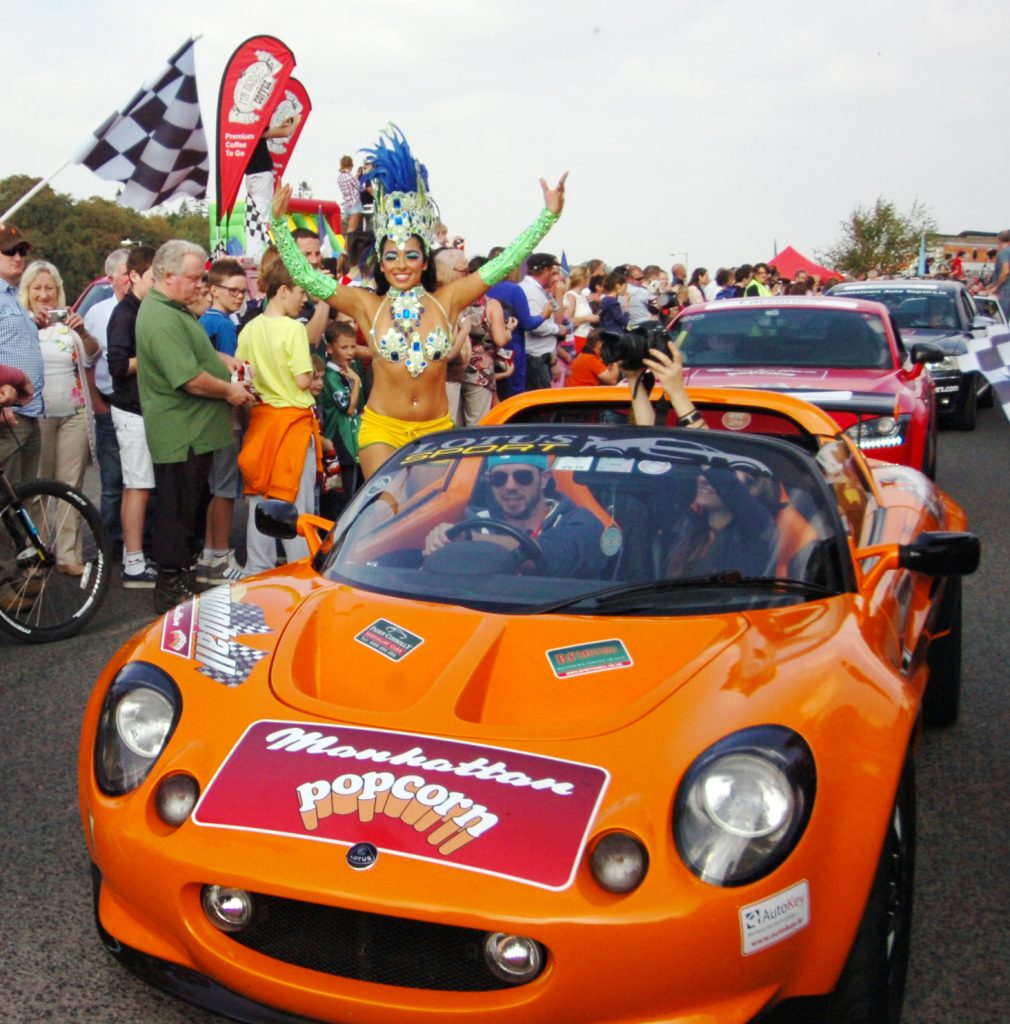 A Lotus car arrives in Ballina’s Quay Village during the 2014 Cannonball Ireland event.

Zorbing, Ireland’s largest climbing wall, kick darts, circus workshops, arts and crafts, food and street entertainment are just some of the incredible entertainments being laid on to welcome the famous Cannonball Ireland road trip back to Ballina on Saturday, September 7 next.

The north Mayo capital is laying on a two-day festival in the picturesque Quay area to celebrate the return of the Cannonball after a five year absence.

The high-profile annual Cannonball event is a fundraiser for the Irish Cancer Society and sees a cavalcade of truly unique vehicles – often driven by celebrity owners – travel a different route throughout Ireland each year.

Ballina has laid on a full two-day programme of events around Cannonball 2019 for September 7 and 8 next.

The Cannonball convoy is expected to arrive in the town via the N26 at 3pm on Saturday, September 7 and proceed to the Quay Village for a brief stopover where members of the public are invited to join the fun, check out the cars, meet the drivers and celebrities and savour the unique atmosphere.

Live music with The Dixie Micks (with very special guest, Tommy Fleming) and Maximus as well as an air stunt display will keep all ages entertained at The Quay throughout that afternoon until 10pm.

On Sunday, September 8 the focus will turn to family entertainment with a full programme of live music and activities on offer for children of all ages from 1-6pm. Special guests will include members of the Mayo football team.

There will be more great live music too from The Controversial Allstars and The White Gorillas as well as a trad session before the festival concludes with a bang thanks to a fireworks display over the River Moy at 8.30pm.

The Ballina community and An Garda Síochána will, as part of the event, honour the memory of the recently deceased local Detective Garda Martin Mitchell with a vintage show in aid of Croi on the Sunday.

Gd Mitchell was a past participant in Cannonball Ireland. He was instrumental in securing the inaugural Cannonball stopover in the town and arranging its return this year.

The Cannonball Quay festival  is expected to attract tens of thousands of attendees and generate upwards of €1.5m for the local economy and the organisers are grateful for the support of key sponsors like Crockets Quay Bistro, BP Mitchell, Ballina Beverages and The Ice House hotel.

Castlebar’s Lydia set to rock the Other Voices music trail

Billow Wood to preview new album at Other Voices festival