‘My little girl is now an angel’: Tributes paid to teenager who died at Debs in Co Galway

Tributes have been paid to “angel” Jessica Moore who died after becoming unwell at her Debs in Co Galway on Monday.

The 19-year-old student of St Raphael’s College in Loughrea had been attending the dance at Gullane’s Hotel in Ballinasloe when she reported feeling ill to her friends at around 2am.

Despite efforts from paramedics, she was pronounced dead at Portiuncula Hospital.

Her father Brendan led tributes to the teenager, who would have been due to collect her Leaving Cert results today.

In a post on social media, he shared a picture of Jessica dressed up for the Debs on Monday night, saying that he was “heartbroken” and that his “little girl is now an angel”.

“There’s always going to be an irreplaceable hole in our lives. Rest easy Jess, you’ll never be forgotten,” he said.

Jessica’s younger sister Ali also remembered her online, saying she was “the greatest, and I’ll never be the same without you”.

Others paid tribute to their “amazing”, “caring” and “loving” friend who had only celebrated her birthday last month.

Students from St Raphael’s College gathered in silence today around a photograph of Jessica as they collected their Leaving Cert results. 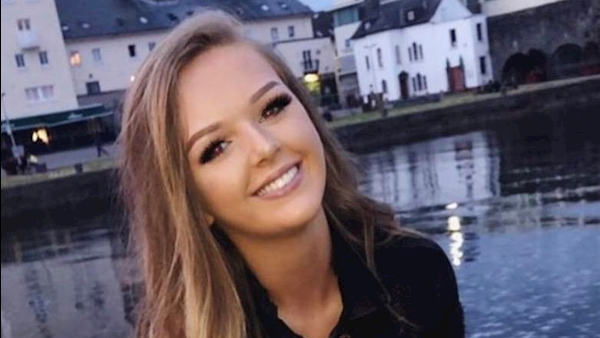 The cause of Jessica’s death is not known as yet. A post-mortem examination was due to be carried out today but gardai said they had no further information and that investigations are ongoing.

Jessica’s funeral Mass will be held on Thursday at St Patrick’s Church in Bullaun at 1pm.

In her death notice on Rip.ie, Jessica’s “heartbroken” parents Brendan and Catherine conveyed their “inexpressible grief”.

The teenager, described as a “cherished and much-loved sister” to her two siblings, will be sadly missed by her family and “many, many friends”.

Denis Naughten, an Independent TD for the Roscommon/Galway constituency, said his thoughts were with the Moore family during a time which was “every parent’s nightmare”.

“I can’t even imagine what they’re going through. It’s a horrible tragedy to visit any door,” he said.

Local Fianna Fáil TD Anne Rabbitte said people were “really hurt that such a beautiful young person has lost their life at an early age”.

“I talked to one or two of the children in my own area who would have known herself and her sister, gorgeous looking kids, beautiful entirely, both inside and out,” she said.