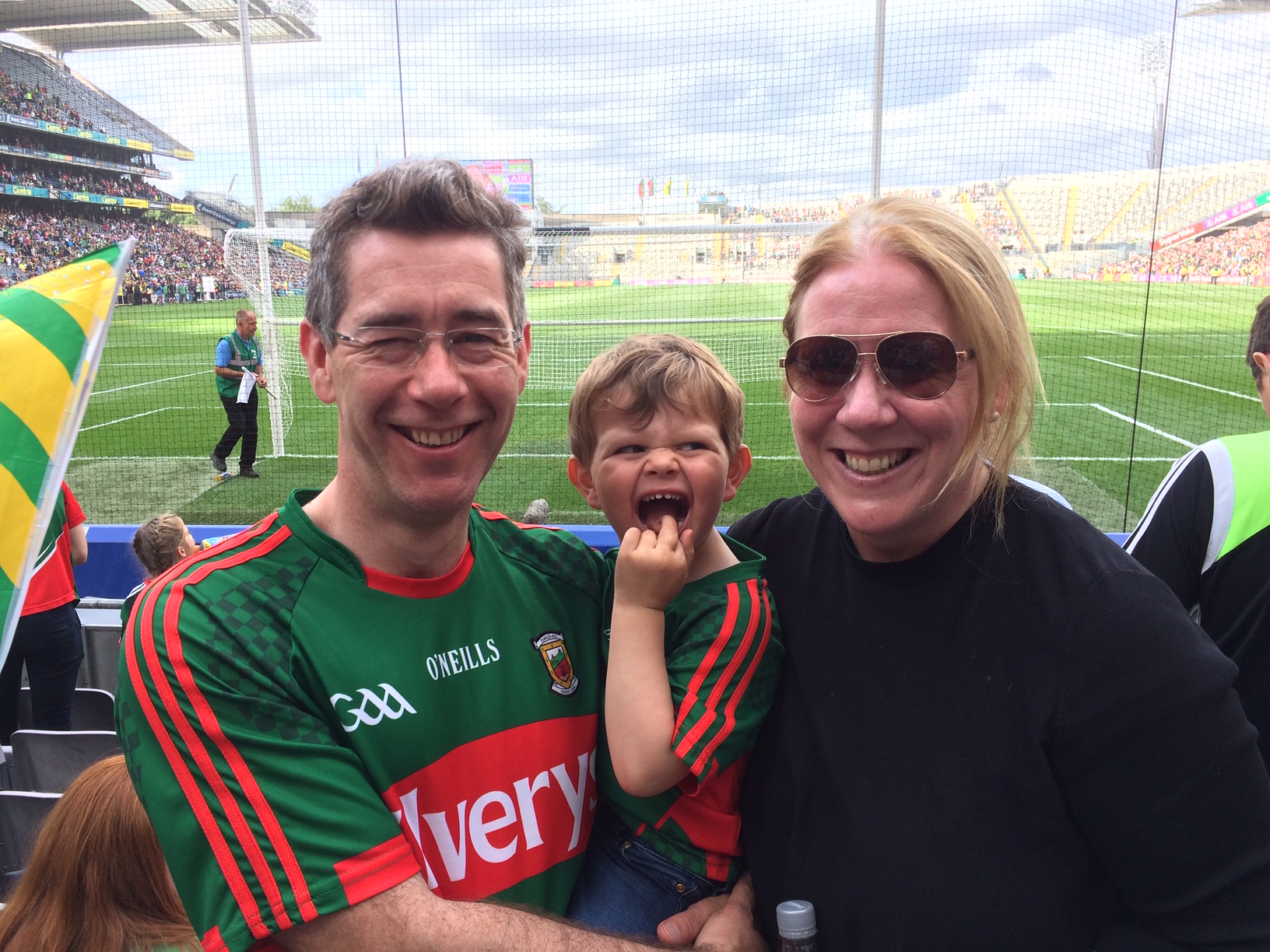 Ballycastle native Martin Walsh – picture here with his family – this morning began a fundraising challenge that will see him attempt to climb each of Ireland’s highest peaks in one week.

The goal is to raise funds for a two-year-old boy in need of life-changing surgery.

A son of Martin and Mary Walsh, Annaghmore, Kilfian, Martin will undertake the feat with his friend, Mark, to help raise funds for little Kal, who has central palsy spastic diplegia and PVL brain injury.

A radical surgery, called selective dorsal rhizotomy (SDR), can improve Kal’s chances of walking independently, but is only available in the US and at an estimated cost of €100,000.

Martin, who works in Dublin, said: “We decided to come up with an adventure, a challenge that would give us a little sense of what Kal goes through on any given day. We plan — over seven days — to climb the highest peaks in all 32 counties. That’s 26 peaks in all, as six are shared peaks.”

The adventure was scheduled to being at 5am this morning, Monday, August 12 , when Martin and Mark commenced an ascent of Errigal, in Co Donegal.

“By the time we finish, we will have ascended over 34,600 feet, the equivalent of climbing Carrauntoohil 11 times in seven days,” Martin said.

He is hoping for lots of support from Mayo.

If you would like to make a donation, you can do so via this link: https://www.gofundme.com/7-days-26-peaks-32-counties-challenge.