Other Voices Ballina put back to spring 2020 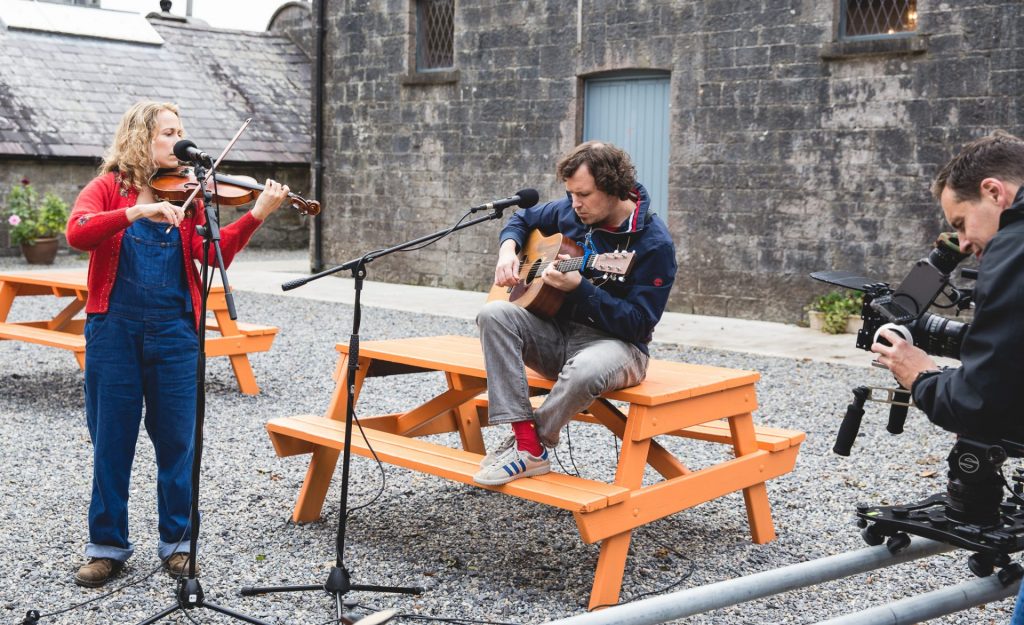 Swinford musician, Seamus Fogarty, and band are recorded in performance by the Other Voices crew at Belleek Castle during Other Voices Ballina in September 2019.

Spring 2020 has been confirmed as the revised target date for the staging of the internationally renowned televised Other Voices music television series and arts festival in Ballina for the second time, the Western People has learned.

The inaugural Other Voices Ballina took place over the weekend of September 28 and 29 last.

The event was expected to return to the Salmon Capital around the same time again this year but has now been put back to early next year.

It’s the second festival to be postponed in Ballina this year.

The town’s signature annual Salmon Festival which is normally staged in mid July was postponed earlier this year to July, 2020 due to increased costs but was replaced by a new event, Ballina Street Festival, thanks to the intervention of Ballina Chamber of Commerce.

Securing the staging of the Other Voices event was a real coup for the north Mayo capital which is the second town in the Republic of Ireland to ever host the signature event that originated in Dingle, Co Kerry but has travelled all over the world in the interim, attracting such leading musical artists as Amy Winehouse, Elbow, Ellie Goulding, Florence and the Machine and many more.

The inaugural Other Voice Ballina coincided with the staging of the town’s annual Food Fleadh and, combined, the two events attracted over 40,000 visitors and netted invaluable exposure for the north Mayo area through visiting media and the Other Voices television series which was broadcast earlier this year.

The success of the 2018 event left the Other Voices production company, South Wind Blows, and local partners including Mayo Co Council and Ballina Chamber of Commerce resolved to bring it back to Ballina in September 2019 and a formal announcement to that effect has been awaited ever since.

The Western People understands that a meeting of partners took place in Ballina yesterday, July 30 where it was agreed, due to logistical reason, to reschedule Other Voices Ballina to Spring, 2020.

The move is being touted as a very positive one as one of the logistical challenges to hosting the event this September was said to be a dearth of available accommodation.

Local partners are said to be pleased with the decision too as it will kick start the 2020 tourism season early during a period that is traditionally very quiet.

It will also allow more time to secure funding/sponsorship for the staging of the prestigious event.

Ballina kids in line for another sell-out charity musical

Ballina’s Broken Jug to be re-vamped for 2020 opening

Nephin Whiskey will be up and running in 2020