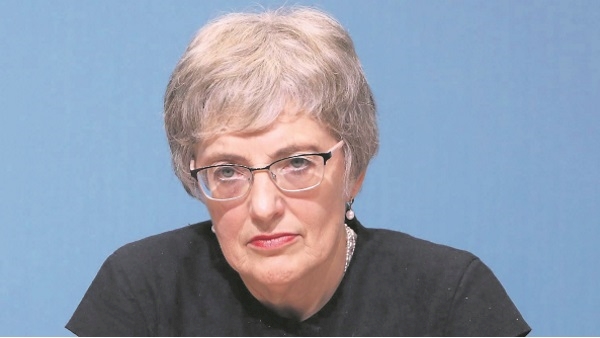 Minister for Children Katherine Zappone has defended the new Adoption (Information and Tracing) Bill which she says is 20 years overdue and strikes the correct balance between the right to privacy and the right to identity.

The new Bill “pushes to the boundaries” and represents “a major step forward” she told RTE radio’s Morning Ireland.

When asked if a referendum could deal with the issue of the rights of adopted people to uncover the identity of their birth parents, she said she had lengthy discussions with the Attorney General and believed that the Bill was a quicker way to address the issue.

“The time is now, we could get this moving in the next year, a referendum would take much longer.”

However, Claire McGettrick of the Adoption Rights Alliance told Morning Ireland that the Government is conflating privacy and secrecy and warned that the Minister is “hurtling at speed towards being on the wrong side of history.”

The Bill, which would allow adoptees secure information about their adoption through Tusla, has been progressing through the Houses of the Oireachtas since 2016.

The proposed law would give adopted children access to information on their birth as well as providing information for those adopted people who found out that they had been wrongly registered as the biological children of their adoptive parents.

Concern had been expressed with a provision which stipulated that adopted people who wanted to get access to their birth information would have to sign an undertaking, in certain circumstances, that they would not contact the birth parent.

Ms Zappone told Morning Ireland that this provision is now gone. The process protects the right to privacy of the mother, but also provides a statutory base for information services.

Birth parents were also allowed to invoke compelling reasons as to why their information should not be released, where such release would be likely to endanger their lives.

Under a new provision which will be used instead, contact will be made with all birth parents to find out whether they have any objection to the birth information being released. Where the parent does not consent to the release of the information, both parties will be given the opportunity to make their case before the Adoption Authority of Ireland.

The Department of Children said the Adoption Authority will make a determination in the case “against a range of criteria by reference to Supreme Court jurisprudence”.

The Minister said she is working very hard to listen to the concerns of adopted people and feels that she has achieved real progress in her discussions with the Attorney General.

She said that Tusla is needed to play their role in the process.