The government has been accused of running down the Defence Forces to such an alarming extent that, if there was a major security crisis, they have left the country “woefully unprepared, dramatically undefended, and shamefully exposed.”

Retired Lieut Col Dan Harvey said the Defence Forces is “broken” and “in crisis” with “morale at an all-time low,” because they are “overlooked and undervalued, overworked, underpaid, over-stretched and undermanned.”

“The Chief of Staff (Vice Admiral Mark Mellett) is responsible for the military effectiveness of the Defence Forces. An impossible task when he’s constantly undermined by Department of Defence officials who hold decision powers over him,” Mr Harvey said.

“The Defence Forces and their families live in the real world, while this government lives in the half-world of pretence, perception and PR spin. The government needs to actually appreciate that respect and loyalty go two ways,” Mr Harvey said.

He added that an umbrella group had been formed known as the Defence Forces Ireland Military Family Forum (DFIMFF). 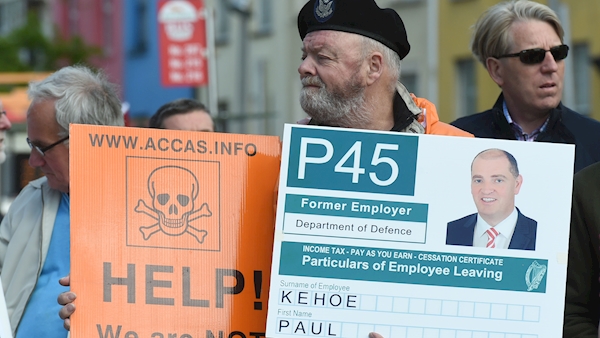 Mr Harvey said for the first time in the nation’s history, “out of necessity, out of neglect, out of indifference, out of disrespect, out of lack of loyalty,” the DFIMFF finds it necessary to use democracy to defend itself.

He said that organisation had “identified and will target nationally our concentrated voting power and force where it will make the most impact, the planning is done, we have only to execute.”

Retired Brigadier General Ger Aherne, former General Officer in Command of 4th Brigade, was equally scathing of the government’s treatment of the Defence Forces. He pointed out that its minimal strength to deliver what it was supposed to was 9,500, which hadn’t been achieved for a number of years.

“The current strength is a dysfunctional 8,400. Pay and conditions for serving personnel is simply not defendable. Families are living in genuine poverty. Some 30% of serving personnel qualify to draw Social Welfare Family Income Supplement,” Mr Aherne said. 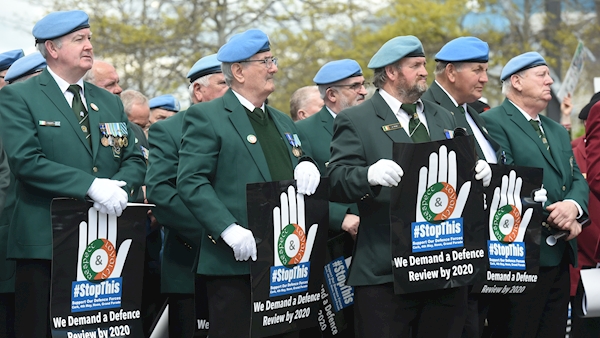 Other speakers, including Mervyn Ennis, chairman of the DFIMFF, and Shelly Cotter, a prominent member of the WDPF, who has a husband and son in the navy, said poor pay was leading to inexcusable poverty levels for some military families.

A number of wreaths were laid at the National Monument in Grand Parade.

Professor Cathal MacSwiney Brugha, grandson of both Terence MacSwiney, former Lord Mayor of Cork, and Cathal Brugha, former Minister for Defence laid one wreath on behalf of the 1916 Families Association.

Wreaths were laid on behalf of WPDF by Judith Butler Wharton and the Reserve Defence Forces by Lesley Doyle. 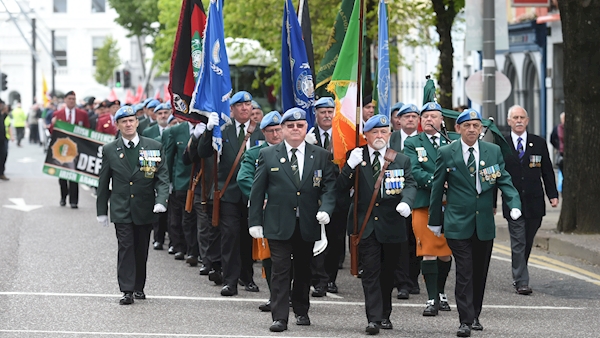 Girl, 17, missing from Dublin since Monday