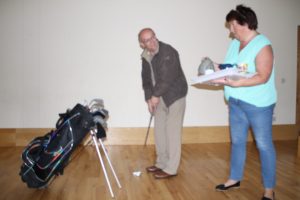 Martin Donohoe’s Over the Ocean premieres this Friday

The preponderance of talent in the local drama sphere will be showcased in Ballina Arts Centre this Bank Holiday weekend October 24-26 when the newly formed Nephin Theatre Group stages Over the Ocean.

Over the Ocean is the second original work from local playwright Martin Donohoe to be staged for local audiences in the last year.

Martin, who is also a member of Ballina Dramatic Society enjoyed huge success with his debut work Waiting for God Only Knows What which was performed by that society in Ballina Arts Centre and in Belmullet’s Aras Inis Gluaire to rave reviews last May.

Martin is thrilled to present his latest work Over the Ocean which will be staged by the exciting new Nephin Theatre Group which is comprised of members of drama groups in Ballina, Ardagh and Crossmolina and will focus on performing original works.

Martin has seen the support that exists in north Mayo for great drama, with top productions attracting capacity audiences to Ballina Arts Centre in recent months and he’s anxious to see more home-grown productions staged in the impressive facility.

Over the Ocean is a comedy centred on the recession in Ireland with a strong moral: “It’s about the value of people. That is what my social commentary would be. The real suffering in recent years is not necessarily financially but in terms of the people we have lost, who had had to move away,” Martin explained.

The play tells the story of married couple Gabriel (Eamon Walkin) and Marie (Caroline Morrow). Gabriel, who is in his 50s, has taken early retirement and is trying to adjust to his new situation. Their oldest daughter, Hannah (Kay Loftus) has emigrated to the US and is living in New York and their younger daughter, Marcella (Ann Fox),who has been unemployed and living at home since leaving college, is contemplating following her sister’s footsteps across the sea.

Further adjustments are in store for the family when Hannah returns from the States with her US boyfriend, Chuck (Alan Moran). Meanwhile an election campaign is raging in the background with aspiring TD, Amanda (Louise Maughan) canvassing the family hard. 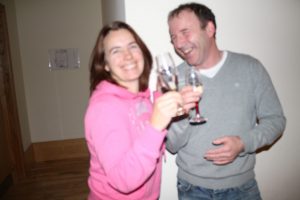 “I try to make social comments but I do it through the medium of laughter,” Martin explains, but declines to spoil the hilarious scenario of the plot climax for prospective audiences.

Featuring a cast of 8, highly talented local actors, hand-picked for each of the roles it’s set to be a unique and highly entertaining production. 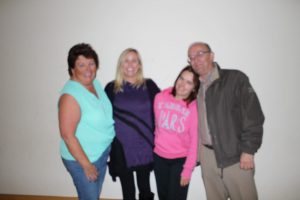 The show premieres, complete with wine reception, this Friday night next, October 24 next and also runs on Saturday and Sunday, October 25 and 26 at 8pm nightly in Ballina Arts Centre. Tickets cost €12/€10. For bookings contact (096) 73593.